Enter your City name or Pincode

Keshkal is situated in the Bastar district of Chhattisgarh. This city lies for about 30 kms away to the south of the Kanker district, and about 60 kms to the north-side of the Kondagaon tehsil. Actually, this tehsil of Keskal, was formerly located in the State of Madhya Pradesh, and later got divided and became a part of Chhattisgarh State. The nearest tourist destination is the Keshkal Ghat and is one of the beautiful scenic spot that provides a panoramic valley view from hill top. This ghat is found at the border between the districts of Kanker and Bastar. 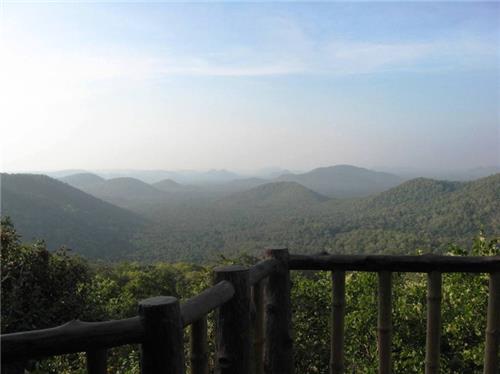 This city lies with an altitude of about 325 meters (above the sea level) with 20.0847° North latitude, 81.5867° East longitude. The town is most famous for growing large amounts of grains such as rice and wheat, as well as maize, etc. The city of Keskal contains very rich amounts of bauxite deposits as well.


Business and Economy in Keskal

The economy of the city depends agriculture, and trading of the whole grains such as wheat, rice maize is quite common. Also, some farmers grow tamarind trees and sell large amounts of tamarind. Apart from these, people of this tehsil also trade Mahua too. There are certain notified Jain traders who have been into trading business since long time.

Raipur and Jagdalpur are the nearest airports to Keskal. While, Jagdalpur is also the closest railway junction to Keskal. Apart from Jagdalpur, one can find some other railway stations near to the Keskal Tehsil, which are namely the Bhilai, Mahasamund, Durg, Dhamtari, Sarsonpuri. From these nearest railway stations, you can get auto-rickshaws or taxis to reach Keskal.

Keskal is one of the beautiful city situated in the Kanker District of Chhattisgarh State. It lies between the borders of Kanker and Bastar districts. This city is famous for its scenic beauty with beautiful valleys. This region of Chhattisgarh attracts visitors from far and wide.

Keshkal Panchavati: This place known as 'Keshkal Panchavati' is a very popular tourist spot that has been filled with tourists all over the years. And it can be easily reached from Keskal, as it is just 2 kms from the local bus stand of Keskal.

Gobraien Shiva Temple: Gobraien is a very notified religious spot, where visitors can take darshan of Lord Shiva. The place is sacred as being home to holy shrine of Lord Shiva is in the form of Shiva Lingam.

Kaliyar Sareef Dargah: One can visit a most popular Dargah in the city of Keskal, which is notified as 'Kaliyar Sareef Dargah'.You can find people of various communities offering their prayer at this place. People from different states gather at this holy place for the sake of 'Ziyarat', which is commonly known as 'Ajnuman Rayazemustafa Keshakal'.

There are variety of food items served in Keskal of Chhattisgarh. Rice is the staple food, which is been served in different ways. Besides rice, there are many other dishes like Moong Dal ka Halwa, Jalebi, Khurma, and other delicious desserts are served here in Keskal. While, tribal people love to have squirrels, rats, mushrooms, pork, and some other food.

When you visit Keskal, you can definitely think of purchasing garments as well as jeweleries from the garments shops and Jewellery store in the local market. One can buy precious gold or silver ornaments, or go with fashionable jeweleries like plastic, wooden, or terracotta jeweleries, etc. Apart from shopping for jeweleries and garments, one can also buy designer footwear for men and women, as well as kids. There are many footwear shops and stalls, where you can purchase footwear. You will also love to shop handicraft items, and kitchen essentials and home decorative products, etc.

Some of the government and private hospitals are established in Keskal, where local people as well as the people of surrounding villages and tourists can also be seen in these hospitals. Though it's a small town, one can get good treatment for all types of health disorders. It may be minor or major health issues, you will get very affordable treatment with some of the modern medical equipments in these hospitals and small clinics like dental clinics, eye clinics, ENT hospitals, children hospitals, etc.

Some of the utilities and services provided in the town of Keskal are electricity, as well as the water supply, oil and gas, fire brigade, police stations, post offices, banks, and so on. One can even find petrol pumps, ambulance services, courier services, telecom and telegraphic services, and much more. You will be able to find some other services like laundry services, groceries and stationery as well.

Comments / Discussion Board - About Keskal